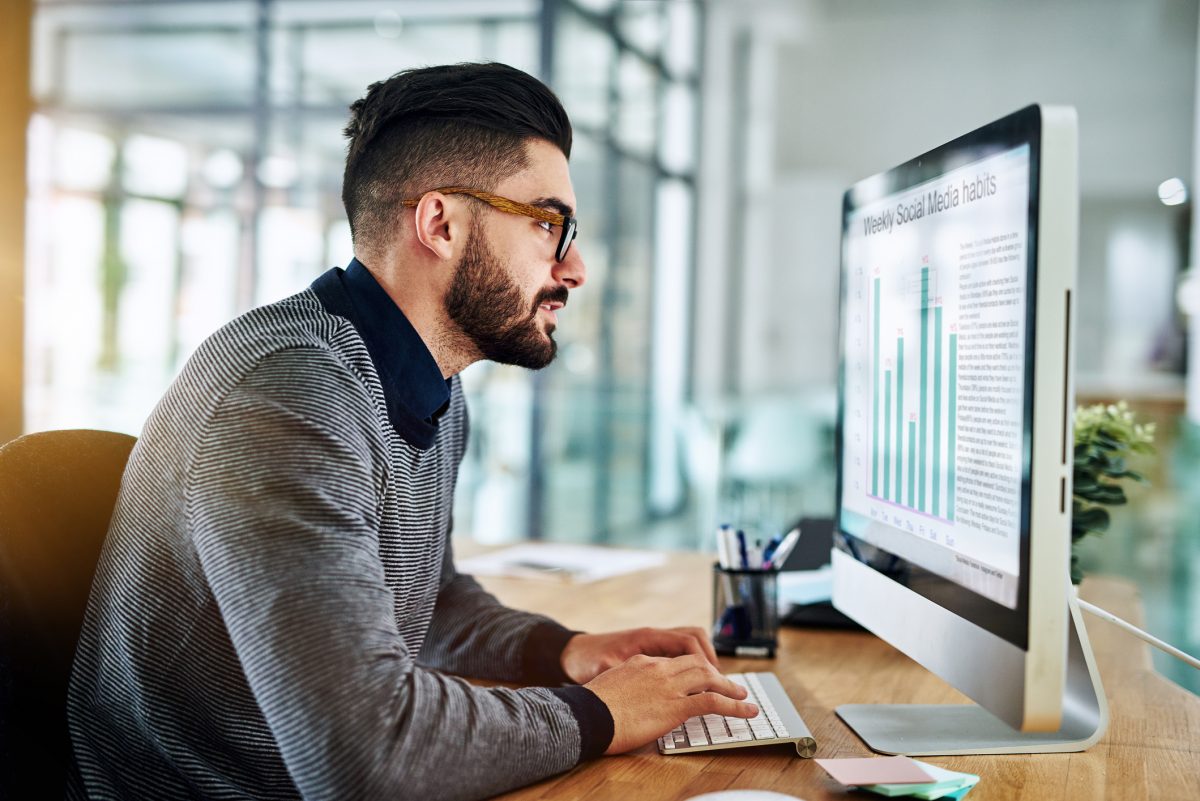 Austen Allred’s article in Harvard Business Review compellingly outlines the powerful impact of re-balancing risk and realigning incentives between students and schools in higher education. At LeoRose, we believe strongly in this approach and have been delivering solutions in this space to our commercial clients for 2+ years. We are focused specifically on extending the results of this transformation in education to our clients’ talent agendas, especially with large professional services firms.

What If Your University Tuition Was Based on Your Future Salary?

In 2014, I founded a startup in Utah. The team was fired up and ready to invest the time, money, and effort required. But one colleague was taking on more risk than the rest of us. Seven years after earning a law degree, he was mired in $200K of student debt. He was unable to buy a house and ended up teaching himself to program to find better-paying work.

His story isn’t an anomaly. In fact, you’re probably thinking, “I know someone who has it worse.” Or, “I have it worse.” But I tell his story because it was one of the earliest inspirations for an idea that would eventually become the crux of my life’s mission: de-risking higher education.

The risk equation in higher education is deeply flawed. An overwhelming burden is placed on the student, not the educator. Students are expected and encouraged to dream big, get into the best school they can, study what they love, and spend tens of thousands of dollars — sometimes hundreds of thousands of dollars — to do it. Today, nearly 70% of students take on debt. Forty-four million borrowers in the U.S. owe a collective $1.5 trillion.

Two years ago, I founded Lambda School with an underlying hypothesis that if we eliminate risk and align the incentives of students and schools on a large enough scale, we can democratize access to career and income mobility.

There are three core sources of risk at play: financial cost, access, and outcomes. If you pull each one apart and redesign it from the inside out, there’s a real chance for building a very different educational future.

The cost of four years of tuition at public universities ranges from about $38,000 in-state to nearly $96,000 out-of-state. At private schools, the average is $130,000. That doesn’t include housing, books, meals, and more. When you compare that to tuition in 1989, the cost of higher education has ballooned nearly eight times faster than average wages.

Schools obviously need capital to operate. The prevailing model is to treat tuition like an upfront investment; but if we flip this model on its head, we can all but eliminate financial risk for students.

With Income Share Agreements (ISAs), the school invests first in the form of overhead, education, and support. The student pays zero (or little) money upfront, and is incentivized to secure a high-paying job. They pay an agreed-upon percentage of their income to the school, only when they’re gainfully employed. Put simply, the school doesn’t make money unless its students do.

In our first iteration of this model, we tried offering a lower upfront cost, but even at $10K or $1K, many still couldn’t take on the extra risk. With our current ISA model, students don’t pay a cent until they land a job in their field earning more than $50K. Only then do they pay us 17% of their salary for 24 months, capped at $30K total.

This setup means that long-term, we simply won’t survive as a company if we don’t make sure our students succeed. If a student doesn’t land a job paying $50K or more in their desired field, we still terminate the agreement after five years, even if they paid nothing. And if a student secures a job but then loses it or leaves it, we pause payments with no interest.

This reduces financial risk in a huge way, but being in school limits your ability to earn income. We learned some applicants had to decide against enrolling for that reason alone, so that’s we added a Living Stipend program earlier this year. Students can apply for $2K per month to help cover living expenses during the nine-month full-time program. They then pay back 10% of their salary for a five year period (instead of 17% for two years).

Even with all these adaptations, ISAs aren’t perfect. There’s a real risk for predatory behavior, and not every provider adds protections like we did with the tuition cap, salary threshold, and five-year lifespan. That’s why I support in-progress bipartisan legislation to regulate ISAs. It’s necessary to protect students and to enable more institutions to offer less risky repayment methods.

Talent is distributed relatively equally in the world. But access to opportunity isn’t.

Access is a complex issue, and is dependent on many socioeconomic factors, but a major factor is location. Across the U.S., there’s a growing awareness of the effect that transportation can have on career opportunities, economic mobility, and quality of life. Traditional higher education typically requires either a move to campus or, at the very least, a daily commute. This comes with its own set of risks: financial cost, childcare and family strain, time lost that could go toward part-time paid work, etc.

We consciously made Lambda School an all-online program, in the pursuit of eliminating risk. If you combine flexible repayment models (like ISAs) with online access, the student body starts to look a lot different. Last year, one student finished Lambda School using a mobile hotspot in the back room of the failing mattress store where he worked. It’s about meeting students where they are.

Today, the return at the end of an expensive degree is increasingly dubious. More than 40% of college graduates take positions that don’t require a degree, and more than 11% of young graduates in 2018 were underemployed. That number is substantially higher than a decade ago, suggesting that graduates are agreeing to take less desirable positions than they used to, mainly because they don’t have other options.

While there are certainly benefits to university degrees that go beyond employment, that’s what it’s about at a fundamental level: a better career and a more secure financial future. Incoming freshmen consistently rank their top reason for attending college as “to be able to get a better job” in the Cooperative Institutional Research Program’s long-running survey.

Finding a way to improve students’ ROI is just common sense. It means redesigning the entire learning experience with job placement as the objective from day one.

We’ve made several major changes at Lambda School solely to improve outcomes. Job search support is now part of the curriculum starting in week two of a nine-month program. We expanded our original six-month coding bootcamp to nine months, full-time. We realized we could be far more effective in equipping students for long-term, gainful employment in tech if we invested a full academic year.

Most importantly, we work with hiring managers from many companies to design curricula based on mastering the industry’s hiring criteria. We’re also building direct hiring partnerships with companies who need talent. The goal is that anyone who graduates from Lambda School could go on to not only get hired, but lead a successful, long career in that field.

Given this trajectory, I imagine Lambda School and other alternative educators will start to look like career matching services as much as they look like schools. To describe it as a “clearinghouse for talent and job opportunity” might sound dispassionate, but at an economic level, that’s what we’re building. People need better jobs, and companies need better talent.

So what’s next? This experiment certainly isn’t over. An increasing number of educators – such as Purdue University, University of Utah, Colorado Mountain College, and others — are testing their own versions of ISAs. In fact, Purdue just announced that a record number of students are using ISAs — up over 25% from the same time last year. On our end, we’re seeing early signs that risk elimination is having an impact. On average, more than 85% of our graduates land a job paying $50K or more within six months of graduation.

But we’re still learning. We want to do better, and it’s not easy. Lambda School just turned two, and in that time we went from zero to 3,000 concurrently enrolled students. We’re not exempt from very real growing pains and the criticism that comes with them. We’ve made countless changes to our curriculum, team, and internal processes over the past six months alone in the pursuit of constantly improving. Well technically, I did count it — we’re on version 96 of Lambda School.

Notable among the recent changes was realizing that we needed to significantly improve our feedback loop with students so they always feel heard. And we’re by no means done. I’ve shared — and will continue to share — publicly our work to continue diversifying our team and improving access to all students. And most recently, we’re overhauling our data collection and reporting process so we can be more detailed, consistent, and transparent about student experience and alumni outcomes. That’s how we built the company in the first place: by listening to the students who said that even $1,000 upfront was too much of a risk.

Ultimately, this experiment to de-risk education has proved larger and thornier than I imagined. It’s also proved worth it. I believe in an education system of the future in which students and schools share equally in the risk and are incentivized to see both sides succeed. It may sound idealistic, but the old way isn’t working. As long as students keep raising their hands and doing the hard work to change their lives, we should fight for a better way to get them there.